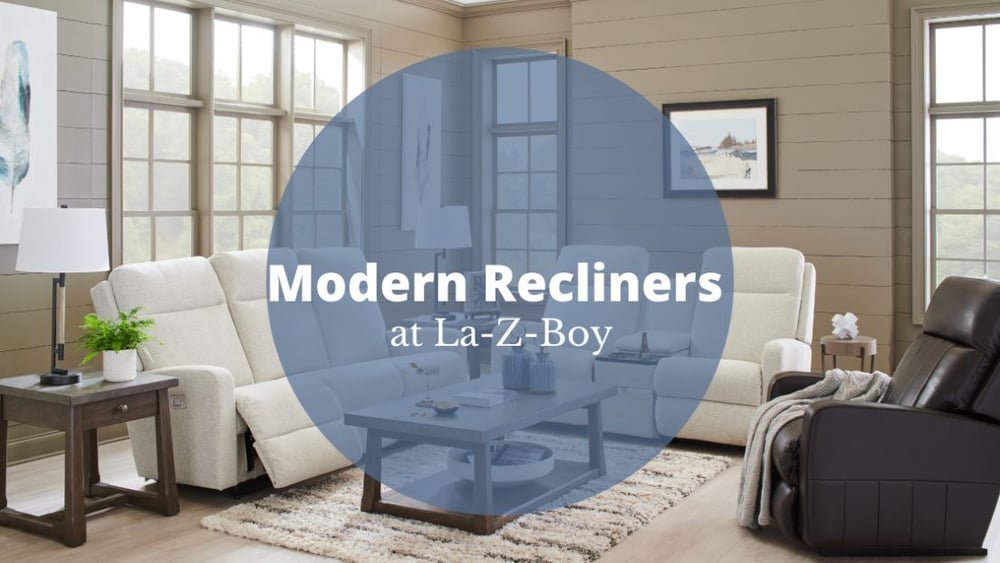 Nobody can dispute the comfort of a big and plush recliner chair.

That said, recliner chairs don’t have the best reputation for their stylish appearance. In fact, many home decor fanatics refer to recliners as an “eyesore” amongst their otherwise aesthetically pleasing seating arrangement.

For those seeking style, fear not! Select recliners at La-Z-Boy have evolved to cater to current trends by embodying a more modern style without sacrificing comfort.

Characteristics of a Modern Recliner

Before we dive into learning about the modern recliners offered at La-Z-Boy, it is important to note the general characteristics that make a recliner considered modern.

A modern recliner is an updated take on the traditional big, plush, and clunky recliner chair.

Instead of being an eyesore in a room, modern recliners prioritize style by seamlessly fitting into your home design. In fact, many modern recliners can even compliment the look of a seating arrangement.

Some modern recliners are so sneaky that they appear as a regular accent chair but have the unexpected ability to recline.

Modern recliners are typically narrow featuring slim arms, a tall back, clean lines, and sleek features. In contrast to puffy-looking recliners, modern recliners have a taute upholstery making them appear polished and firm.

While they may not look as comfortable to the naked eye, modern recliners at La-Z-Boy do not compromise on comfort.

Looking for reclining comfort with contemporary style? The Finley Recliner fits the bill with modern lines, sleek track arms, and a tall foam back that gives it a neat and structured look. The ultra-plush chaise seat and leg rest cradle the body in a continuous zone of comfort.

Make the Finely uniquely yours with a range of fabrics and leathers to choose from.

The Finley Recliner is offered in both manual and power as a Wall Recliner, Rocking Recliner, or Gliding Recliner. Create your own modern retreat with the Forum Wall Recliner. It features a tall foam back for extra head support, plus a chaise seat and footrest for continuous comfort. The slim, contemporary silhouette is on-trend and ideal for smaller spaces.

Offered in both manual and power, the Finley Recliner comes as a Wall Recliner or Rocking Recliner. 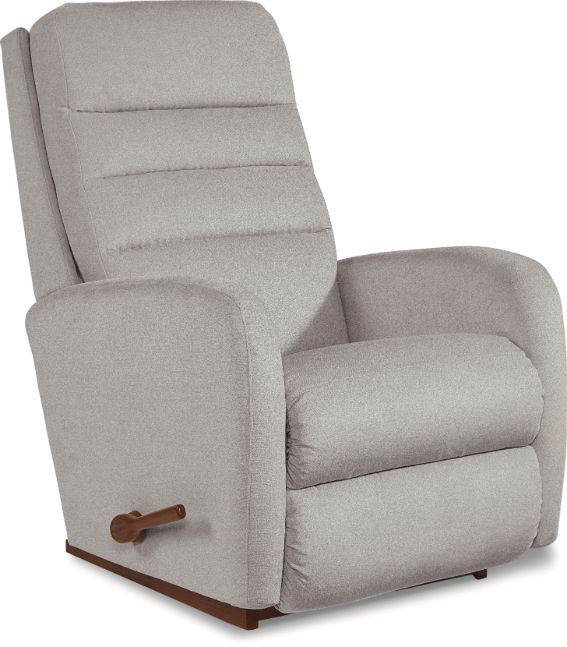 The Rowan Recliner is an exquisite combination of style and comfort. It is a stylish recliner with a modern twist featuring sleek flared arms and welt trim. You get a contemporary look, all the while still having good back and head support.

The Rowan Recliner is offered in both manual and power as a Wall Recliner, Rocking Recliner, or Gliding Recliner. High -Leg recliners typically appear as a stylish accent chair with the unexpected ability to push back and recline. Without an obvious handle or lever, simply sit and push back into the chair to lean back and extend the leg rest.

High-Leg recliners are a great modern choice because they fit seamlessly into urban home designs. High-Leg chairs enhance the overall look of a room instead of taking away from it.

Traditional transformed, the Haven Recliner is a cool combination of classic design and laid-back reclining comfort. Updated styling includes uniquely sculpted rolled arms, a tight back, tapered wood legs, and decorative welt trim on the back seat and arms. 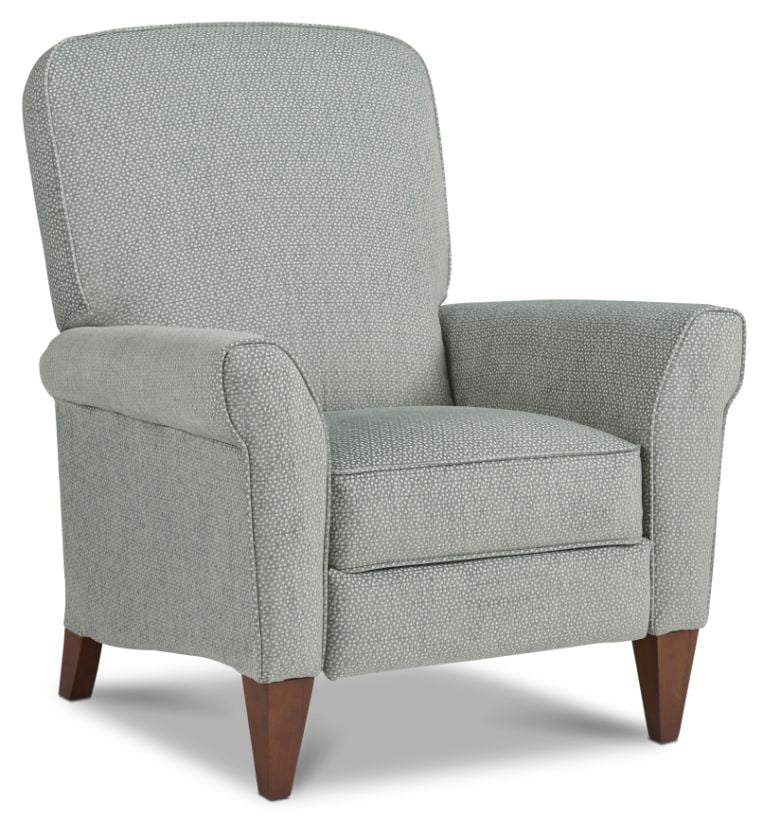 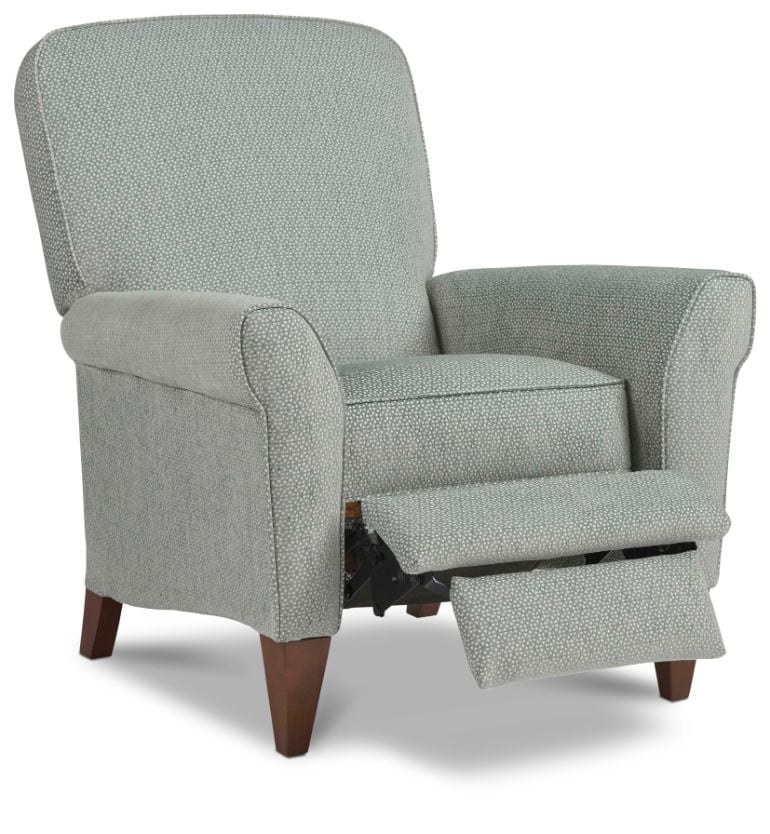 An artful, sculptured shape with a sophisticated flair, Riley Recliner is perfectly at home paired with your contemporary sofa or left to showcase a corner entirely on its own. Comfortable too, you’ll appreciate the inviting curves and luxurious cushioning. Upgrade to power for an even more effortless reclining experience.

The Riley is adored by many La-Z-Boy clients as one of the Top 5 Best Selling Recliners at La-Z-Boy Ottawa & Kingston. The Chandler is a beautiful Chair from our La-Z-Boy Urban Attitudes Collection. A striking addition to any room, Chandler is the perfect balance of classic elements and contemporary style. More than a statement piece, this handsome reclining chair is designed for relaxing. In manual or power, simply push back or press a button to enjoy two positions of instant reclining comfort. The Sonoma High Leg Reclining Chair is the comfortably casual wingback that’s unlike all the rest. It features the classic wingback silhouette, but on a slightly smaller scale, with thin arms, thin tapered legs, and sophisticated welt trim. The look is structured and clean, for an updated look in any room. And, no one would suspect it’s a recliner. The Sonoma is also offered in both manual and power to enjoy two comfortable reclining positions. The European Collection at La-Z-Boy features modern reclining furniture. With a structured silhouette, this collection offers taut upholstery and a firmer seat, compared to some of our more traditionally plush pieces at La-Z-Boy.

Many recliners from the European collection are framed with slim square arms and elements of metal, transforming your furniture from lackluster to chic.

With an emphasis on style, the European Collection does not sacrifice comfort. Although the seats are slightly firmer, they are still cushioned and stitched for premium neck and back support. When it comes to recliners, the European Collection features four stylish and modern models. Below are two examples of Modern recliners from the European collection: the Norman and the Ethan.

With a slim frame, tall back, curved metal arms, and unique use of stitching, the Norman is bound to stand out in any home. The long handle is hard to miss, allowing you to recline with ease. The Ethan is curvy in all the right places! Contained by a rectangular frame and very popular classic key arms, the Ethan still provides rounded and lush cushioning to support the neck, back, and lumbar. A handle allows the Ethan to transition into its reclined position. To learn more, take a look at the Review of the La-Z-Boy European Collection.

Do any of these modern La-Z-Boy recliners spark your interest? We have lots more where that came from!

Our skilled team of consultants at La-Z-Boy Ottawa & Kingston would be thrilled to help you find the perfect modern recliner that suits your needs and preferences. Not only will they ensure that the recliner you choose suits your style but they will also guide you through a sit test to ensure it fits your unique body type.

While it is important that your recliner fits you, it must also fit seamlessly into your space. Our talented team of designers are experts at helping you select and customize your recliner to ensure that it fits your space and seamlessly enhances the overall look of your room.

With this, consider taking advantage of our complimentary design services as you shop for your new modern recliner.

Visit us at a local Ottawa or Kingston La-Z-Boy showroom or plan ahead by scheduling your visit online.

We look forward to helping you find your ideal modern La-Z-Boy recliner!

What Furniture Styles are Available at La-Z-Boy? 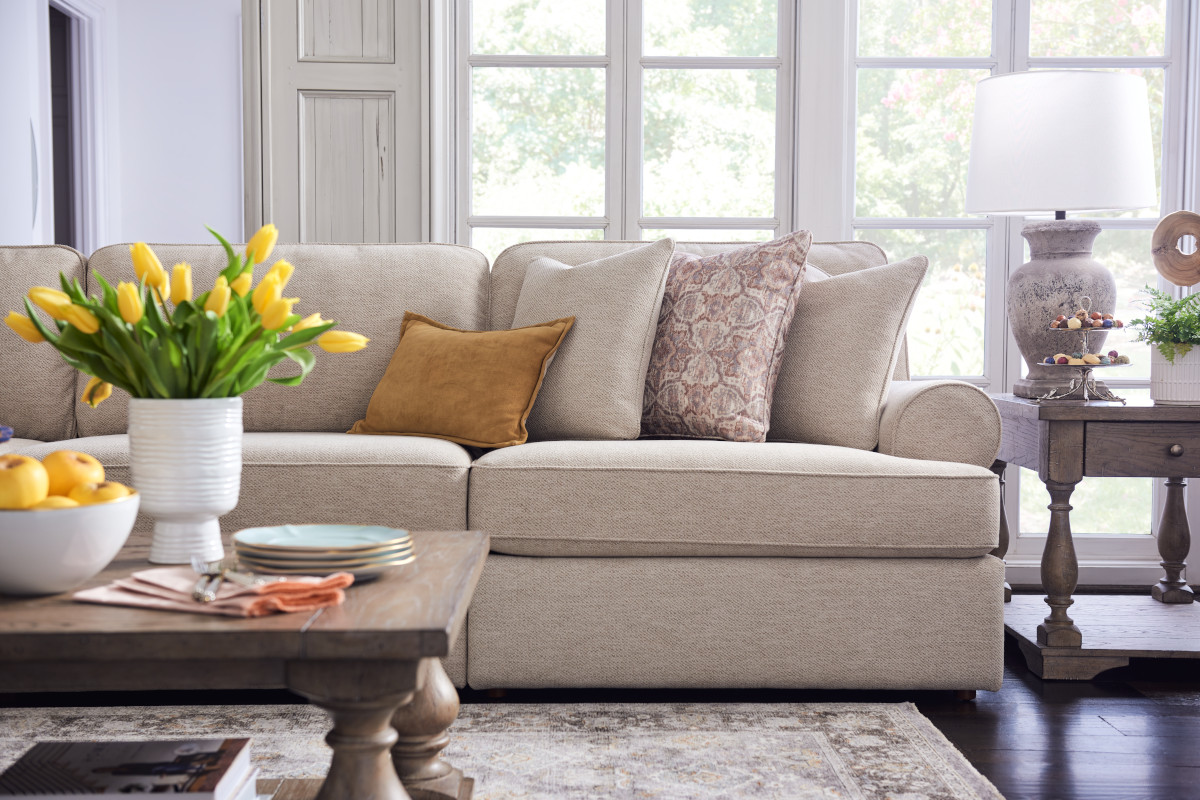 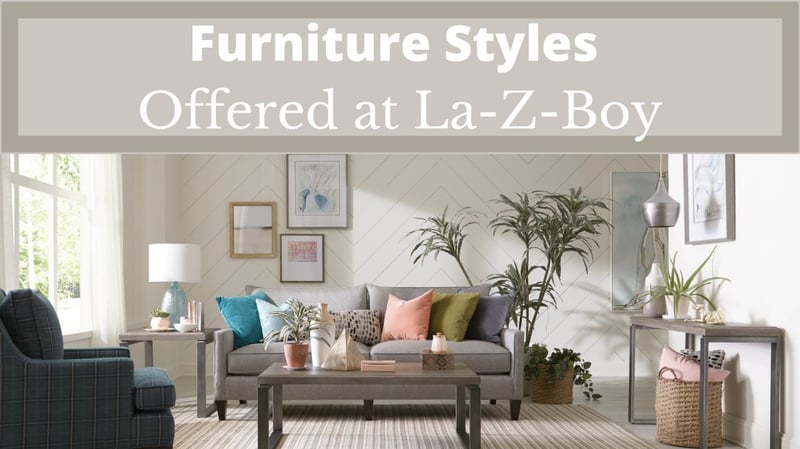 Read More
What Furniture Styles are Available at La-Z-Boy? 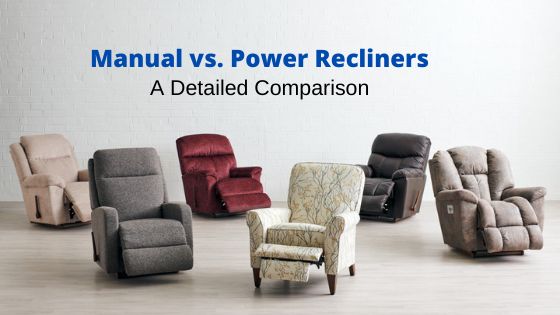 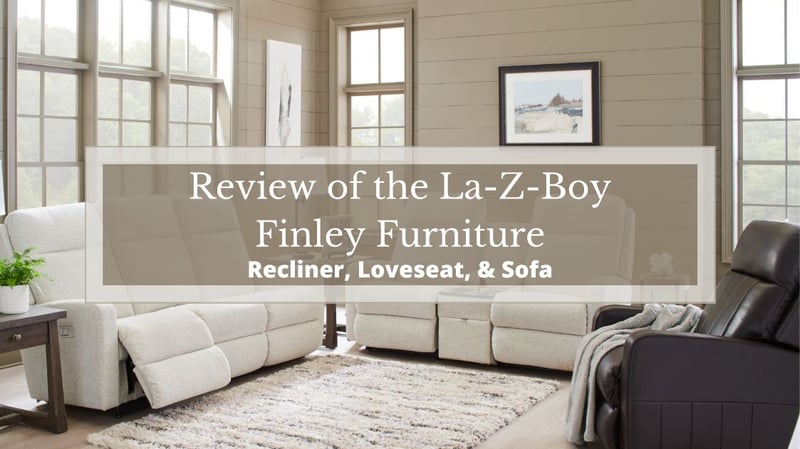 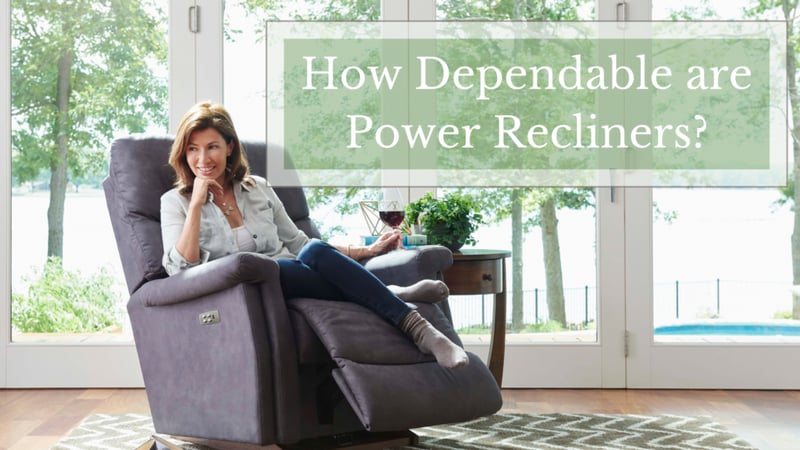 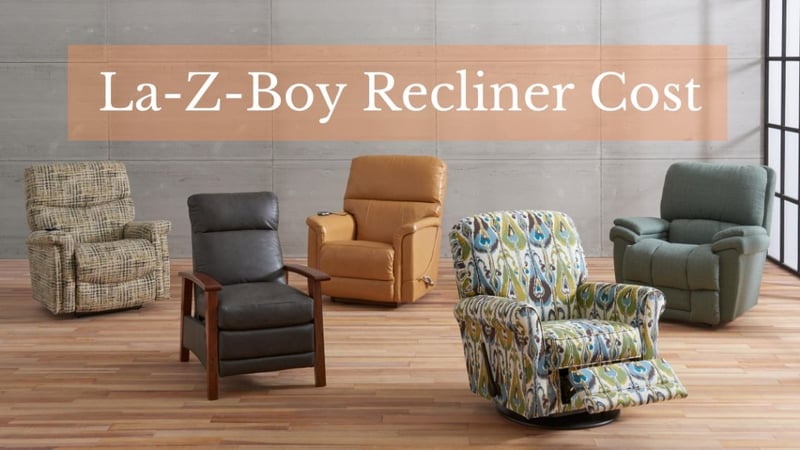 Read More
How Much Does a La-Z-Boy Recliner Cost? 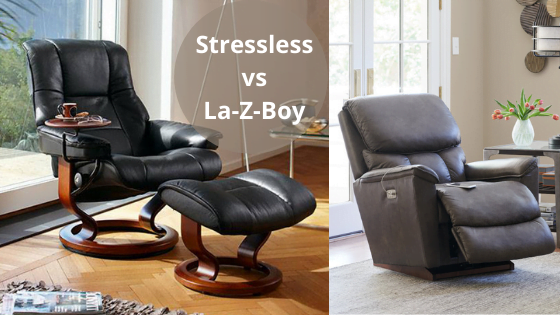